Portrait of an Officer of the East India Company 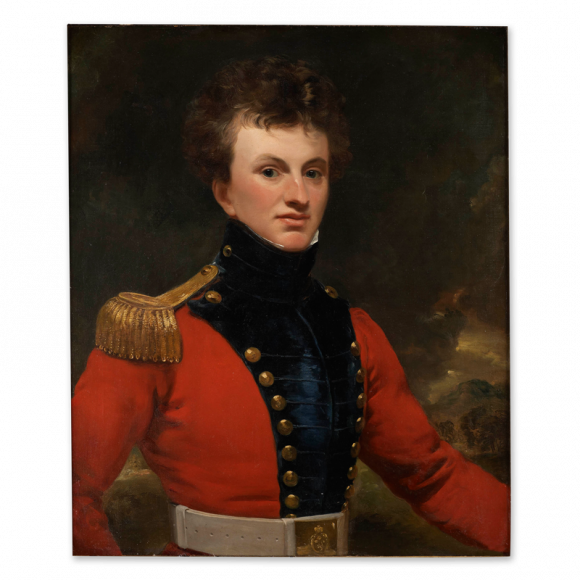 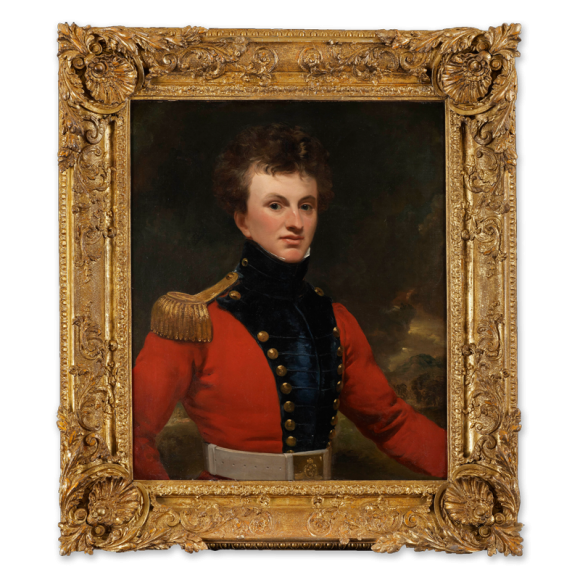 Sir George Hayter was the son of the miniaturist and drawing master Charles Hayter (1761-1835). Born in London, he studied at the Royal Academy Schools, but disliking it, ran away to sea as a midshipman in the Royal Navy. At this point his father stepped in and bought him out, deciding that his son could best make his way by continuing his studies at the RA schools, but helping as his father’s assistant at the same time. At the RA he was taught by Henry Fuseli among others and emerged a highly confident artist, soon being appointed Painter of Miniatures and Portraits to Princess Charlotte. He left England for Italy in 1816 and in Rome became acquainted with the great sculptor Antonio Canova. He painted Canova’s portrait and the latter put him forward for honorary membership of the Accademia di San Lucca, where he was accepted as their youngest ever member. Various further successes followed as he moved about Italy, although his personal life undoubtedly seems to have had a whiff of scandal about it. He lived openly with his mistress, while remaining married to his wife, who had remained in England. However, he returned to England in 1831 full of ambition to make his way in the art establishment and to that end painted, un-commissioned, a vast oil painting depicting the first sitting of the House of Commons after the Reform Bill had been passed. For this he took 400 individual portraits and worked on the canvas for 10 years. Eventually it was bought for the nation, but only in 1854, some 20 years after he had started it. The painting is now in the National Portrait Gallery in London. At the same time, in the 1830s, he had begun painting for the new Queen, Victoria, and received considerable favour in that decade from the Royal Family, painting many portraits for official purposes. To the annoyance of several more established artists and members of the Royal Academy, he was made Principal Painter in Ordinary to the Queen in 1841 and knighted in 1842. However, by the time of the Queen’s marriage to Albert in 1840, the wind had begun to change and, with the Prince’s seriously held convictions about art, which favoured German and other continental painters, Hayter’s star began to fade.

In his later years he concentrated some of his efforts on history painting and depictions of biblical scenes. He died in 1871 and his studio contents were auctioned by Christie’s later that year.