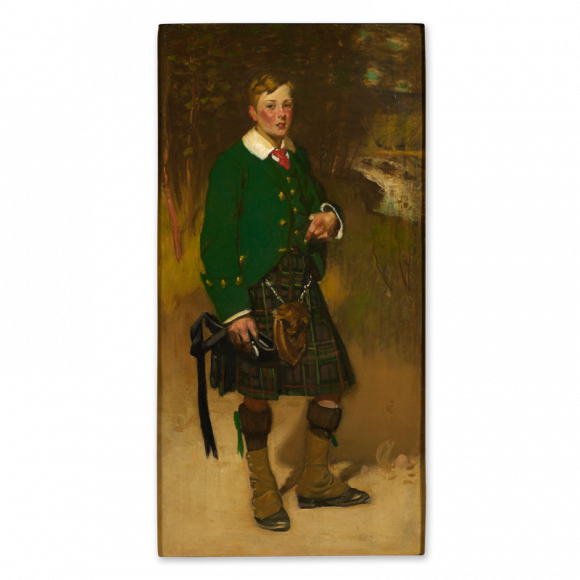 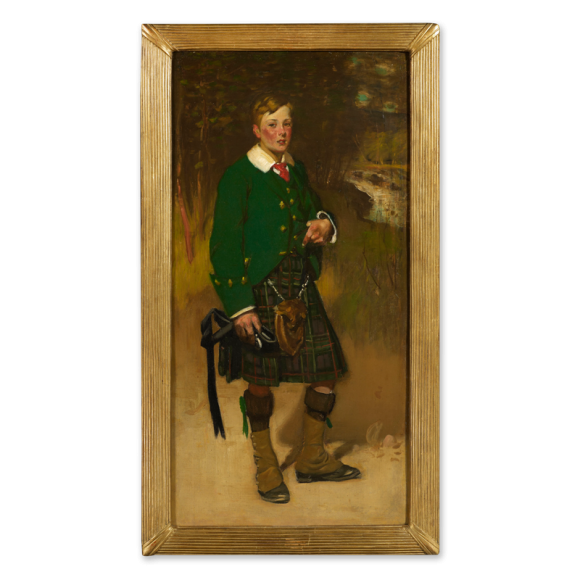 Thomas Austen Brown was born in Edinburgh in 1857 and studied at the Royal Scottish Academy Schools there. He worked initially in the manner of Robert Macgregor painting rural figures in a tonal manner and as such his work naturally came close to that of the Glasgow Boys. Like the Boys his pictures in the 1880’s and 90’s seem to descend from the French influence of J.F.Millet and Jules Bastien-Lepage. His pictures are un-Victorian in the sense that they are not filled with incident or any attempt at story-telling but they nevertheless seem to stop short of the complete detachment from the subject matter which characterized the work of the more mainstream Glasgow Boys. From the late 1890’s on his exhibits in Glasgow and Edinburgh show that he was also involved in portraiture. He also became a very proficient etcher and woodcut artist, winning medals for this work at a number of venues in continental Europe.

This present work seems typical of the style of a Glasgow Boy when concentrating on portraiture. There is a expected attention to detail where the painting deals with the physiognomy of the subject. However, the brush-stroking on the figure is remarkably broad at times and even in the face and hands shows an interest in blocks of colour and pattern making. The landscape backdrop is vigorously and freely handled. This interesting picture is the pleasing result of a broad style of painting, derived initially for landscape painting, here applied to the art of formal portraiture.