View of Mar Lodge, Aberdeenshire, with figures waiting by the ferry 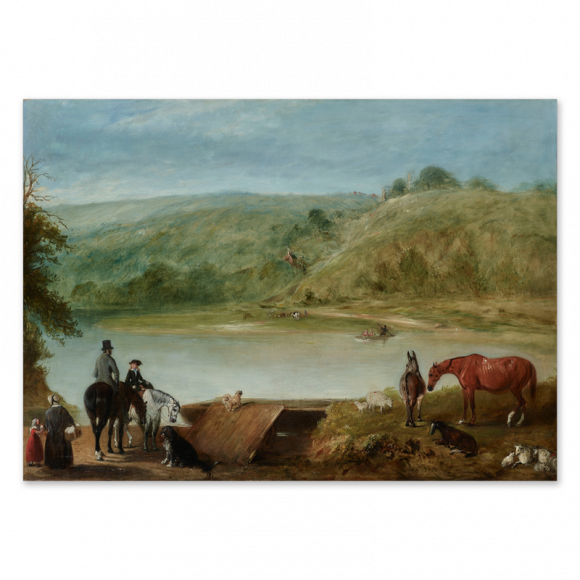 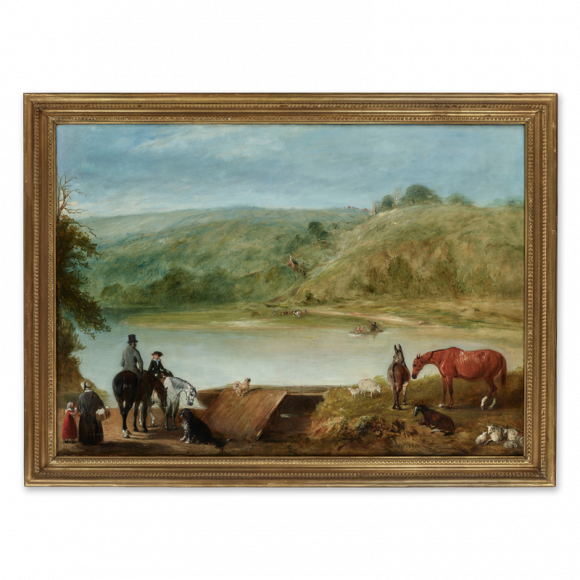 This delightful view, painted by the noted sporting artist John Ferneley is a fascinating historical document depicting the situation of the second of the three buildings called Mar Lodge, towards the middle of the 19th century.

Mar Lodge, the main building on the Mar Lodge Estate – both now owned and run by the National Trust for Scotland – were, in the 19th century, owned by the Duff family, who were first Earls then later Dukes of Fife. The lodge depicted high up across the water in Ferneley’s painting was built for James, 4th Duke of Fife to replace an earlier lodge that had been severely damaged by flooding in 1829. This building in turn would be damaged by fire in 1895 and replaced by the current Mar Lodge.

Ferneley appears to have been commissioned by the Earls of Fife to paint a number of pictures relating to Mar Lodge Estate and indeed the National Trust for Scotland holds three of these paintings today – a portrait of a horse and two intriguing views in a game larder. This present picture, in all probability part of the same commission, depicts a group of figures and animals waiting to cross the water to Mar Lodge. Ferneley populates this riverside group with a figure or two and a group of horses, dogs, sheep and a donkey. The horses particularly are depicted with the usual skill and anatomical accuracy that one would expect of such a high quality sporting artist. But particularly interesting are the two mounted figures. Recognizeable from their attire as members of the leisured classes, these are in all likelihood members of the Duff family, who would after all have been the obvious patrons to commission such pictures. We do not know the precise date of this picture, but the male figure is certainly too young to be the 4th Earl of Fife (b 1776). More likely it is his nephew and heir the 5th Earl (1814-1879), shown perhaps with his wife the Countess, whom he married in the 1840s.