Portrait of Miss Glover of Bath 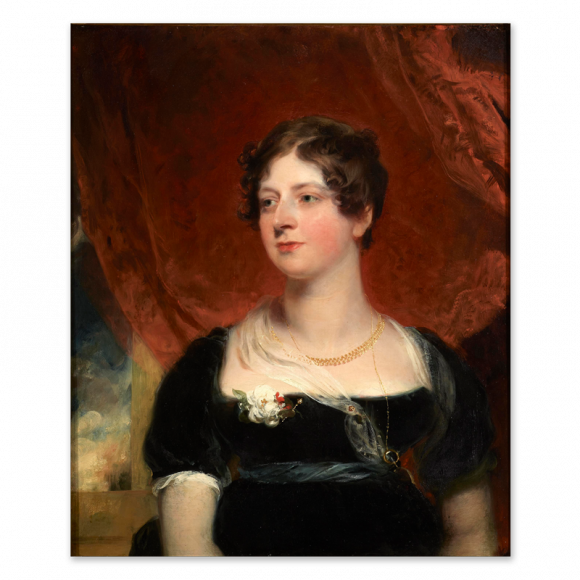 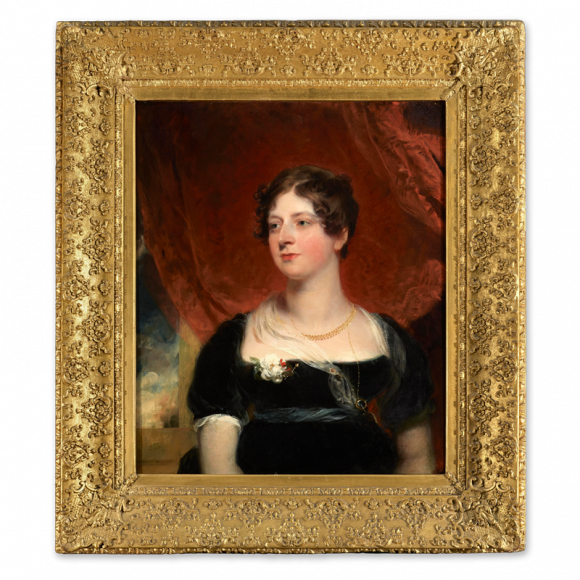 San Francisco, California Palace of the Legion of Honor, Masterpieces of English Portraiture…from the collection of the late Edward T. Stotesbury, 1941

Dated by Kenneth Garlick to the years 1810-1815, Lawrence’s portrait of Miss Glover is a fine and typical example of Lawrence’s work in his middle period. If we look at the intriguing provenance of this picture we can see that it was just the kind of glamorous British portrait that was greatly in vogue with major collectors in the early part of the 20th century.

The names of the great dealer Duveen and the great collector E.T.Stotesbury tell the story only too well. Duveen was unrivalled as the supplier of all kinds of European furnishings and artworks to the American tycoons, who emerged as phenomenal art-buying class at the end of the 19th century. Stotesbury, a massively wealthy banker, would have been typical of a Duveen client. A partner first in the Philadelphia firm of Drexel & Co, and subsequently a partner in the mighty firm of J.P.Morgan he amassed a considerable fortune, a great deal of which he lavished on a number of palatial residences. Apart from a fine town house in Philadelphia, Stotesbury built three massive mansions elsewhere, the largest of which – indeed reputedly the third largest private house ever built in the United States – was Whitemarsh Hall in Wyndmoor, Pennsylvania. Exactly when Stotesbury acquired this Lawrence from Duveen is unclear, but there are fascinating photographs showing it hanging first in the Library of his Walnut Street house in Philadelphia and by 1921 in the Great Ballroom of Whitemarsh Hall. For about a century the picture remained on American soil, being acquired finally by a UK collector in 2006.