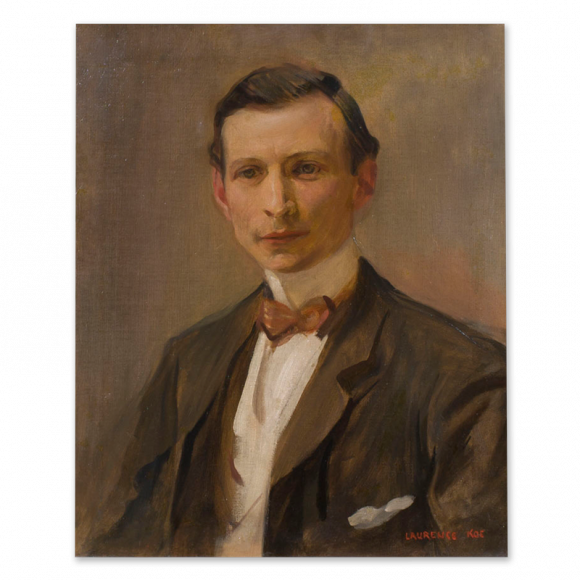 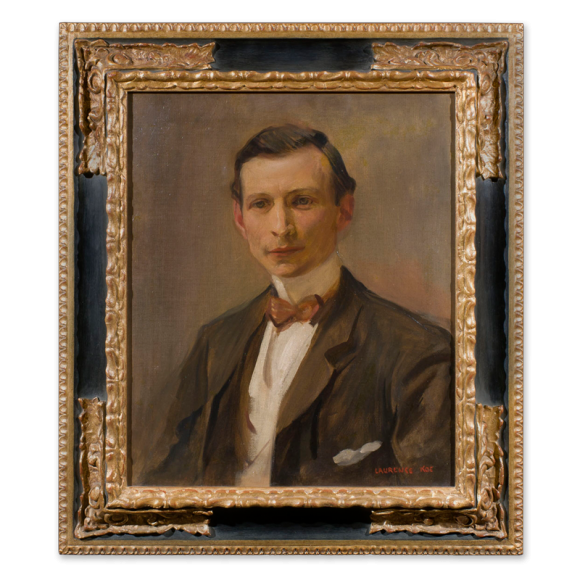 Laurence Koe, a good professional portrait painter from London died relatively young. In the 1890’s he had been a fellow student with his more famous friend John Da Costa (1867-1931). It was then that this picture, depicting Da Costa very much as the young gentleman about town, was painted. Da Costa was to find considerable fame as a portraitist on both sides of the Atlantic. He developed a quick, bravura style of working, reminiscent of Sargent, which appealed greatly to his society sitters in the early years of the 20th century.