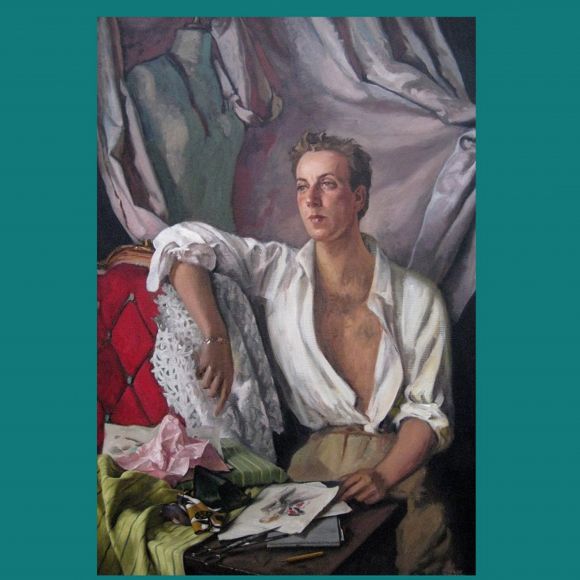 Serge Petrovitch Ivanoff was born in Moscow in 1893, and showed artistic ability from a

young age. On the family’s move to St. Petersburg, he took the opportunity to further his

artistic studies by enrolling at the Imperial Academy of Arts in 1917, at the height of the

Russian Revolution. The turmoil of the aftermath of these events prompted Serge Ivanoff,

with his wife and two young children, to move permanently to Paris in 1922. A talented

portraitist, he quickly established himself in Paris and soon had the celebrities of the day

commissioning him to paint their portraits, including Pope Pius XI, the dancer and

Russian exiles now making their homes in Paris. Between 1930 and 1950 he also regularly

and lyrical nudes. In 1950 Serge Ivanoff moved to the U.S.A., again specialising in

portraiture, including Eleanor Roosevelt and the diplomat Jefferson Caffery amongst his

subjects. However by the 1960’s he had returned to Paris where he continued to exhibit

regularly at the Salon des Indépendants, receiving a Gold Medal from the Minister of

with Pierre Balmain and Christian Dior, was considered one of the most influential post

1937 and rapidly became known for dressing the “chic, young Parisienne”, with his

innovative use of unusual fabrics and trimmings, and the promotion of the 'crinoline' evening

Jacques Fath also designed costumes for several films, including those for Moira Shearer in

the 1948 Powell and Pressburger film “The Red Shoes”, and for Kay Kendall for her role in