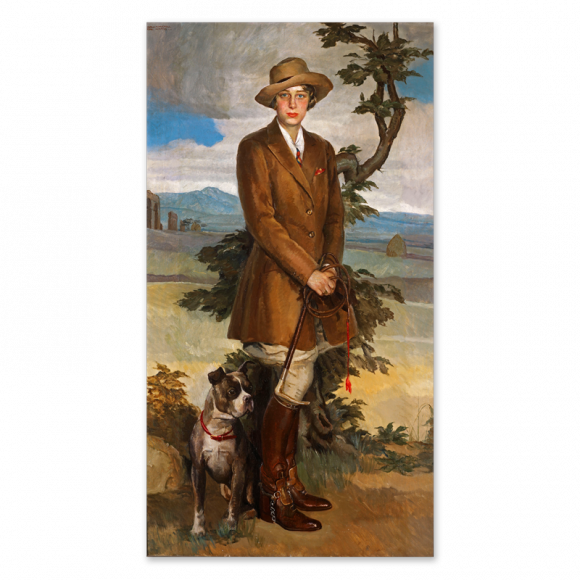 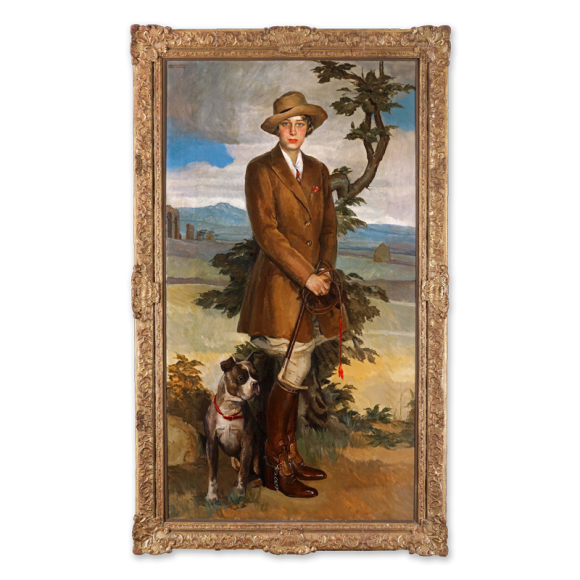 Make an enquiry
Item has been sold
Oil on Canvas
Signed, inscribed Roma, and dated 1927

Carlo Romagnoli was an Italian painter, who worked all of his life in Rome. He became part of the group of painters known as “I XXV Pittore della Campagna Romana”. This group, effectively successors to the earlier group “In Arte Libertas” were a group dedicated to the idea of producing realistic canvases depicting the customs and topography of the Campagna. I XXV were founded in 1903, and Romgnoli, sympathetic to their aims joined in 1907. He developed a reputation as a fine figure and portrait painter. He was selected to represent Italy at the Venice Biennale of 1934, he showed in Berlin and Brussels in 1935 and also at a major Florentine exhibition in the Palazzo Pitti. The second world war however changed his life irrevocably. Severely traumatized by the loss of his younger brother Mario Romagnoli, he abandoned his art and disappeared from public view altogether. However, in 2011 his old studio was discovered in the basement of a disused palazzo in Rome and a retrospective exhibition of his work was staged the following year. A re-assessment of his work is now well and truly underway.

Bettie Northrup Powell was the daughter of Lt Col E. Alexander Powell and Jessie Northrup of Connecticut USA. Her father, Alexander Powell (1879-1957), was a noted First World War correspondent and later a successful adventure and travel writer, publishing over 20 books. As an unmarried girl, Bettie Northrup Powell travelled with her father on a number of his trips in the 20’s and it was on a tour of Sothern Europe in 1927 that she sat in Rome to Carlo Romagnoli. Meeting her future husband, John Rosebery Monson, 10th Baron Monson, on one of her father’s tours in Canada, she married him in 1931. He died in 1958 and she later married Captain James Arnold Phillips in 1962, who died in 1983. As Lady Monson she lived in Lincolnshire. As Bettie Phillips she lived with her second husband first in Ireland and later in Guernsey in the Channel Islands, where she died at the age of 103.