The Pipes of Pan 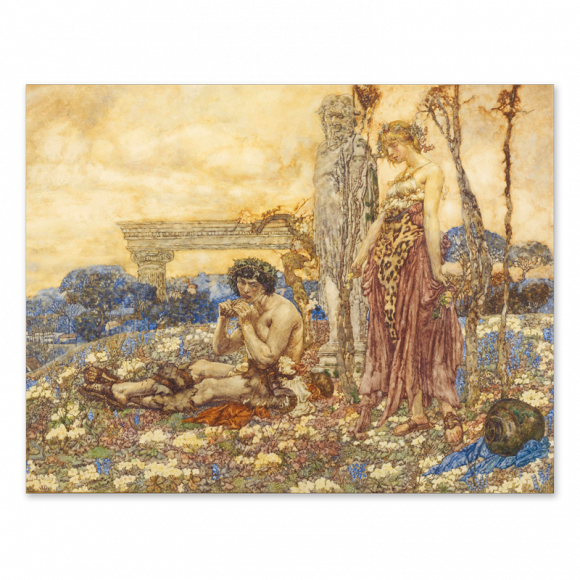 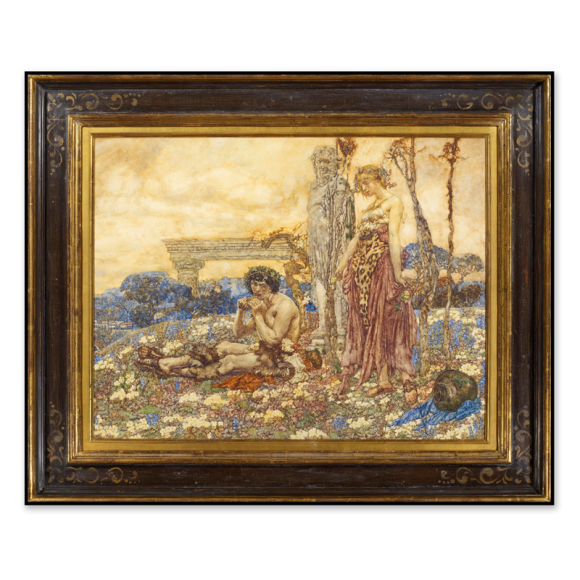 Noel Nisbet was the daughter of the Scottish artist Hume Nisbet (1849-1923), but lived all her adult life in the London suburb of Merton. She married the landscape painter Harry Bush (1883-1957), who depicted with a faithful realism the area where they lived. But Noel’s pictures are riots of the imagination, extemporizing on classical, allegorical and fairy-tale themes. She was also a well-known illustrator of children’s books – among them such titles as Cossack Fairy Tales and Folk Tales, The Polite Prince and Forty-Four Turkish Fairy Tales.